“Uncle Who’s Always Trying to Prove How Tough He Is” 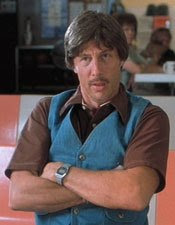 No I don’t want to wrestle… Yes I can see how big you are… yes I have heard the story about when you choked out a full grown giraffe with a cross faced chicken wing… at least 100 times… wasn’t it a hippopotamus last time?

Like your tough uncle that always struts around wearing shirts that are 2 sizes too small, showing off his overly tanned skin, asking if anyone wants to arm wrestle, the Stampeders are as vain and conceited as they come. While you have to admit that they have reason to be cocky, you hate their guts and have an uncontrollable urge to kick them in the crotch. And you’re pretty sure despite the fact that your uncle’s bigger and stronger than you, if push came to shove you could probably take him… likely using the aforementioned “kick to the crotch” technique.

As much as it pains me to admit it, Calgary is a solid team across the board. They got an excellent coach in John Hufnagel, a solid O-line, a productive RB, a dangerous set of receivers, one the league’s stingiest defenses and while Henry Burris has always been a dangerous QB, he seems to have now found a way to only be dangerous towards his opponents and not towards his team as in previous years.

The only weakness I see heading into the season is along the D-line. Mike Labinjo is the only returning DL from last season. Can’t imagine it will be easy for them Stamps to find a brand new line without experiencing some struggles. Could end up being the achilles heel of an otherwise solid roster.

Verdict: Stamps are the team to beat this year.
1st in the league at 13-5
Posted by Rider Prophet at 2:52 PM

well calgary is alot like that super hot girl in high school that new she was hot, but turned out to be a whore and by the time the year was over everybody even the nerds had there way with her.