“Cousin Who Was Once A Famous Athlete” 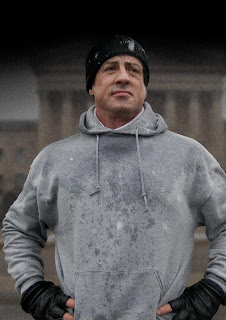 It wasn’t that long ago that they were on top of the world. The best of the best. A champion that all others could only hope to emulate. But all good things must come to an end, and he’s no exception. Now he just sits around talking about how good he was back in the day and how it won’t be long before he’s back on top. The whole family listens and says “sure you will” sympathetically but behind his back they roll their eyes at the fact that he just can’t admit that he’s not as good as he used to be. Time has passed and some of those things that made him a champion have slipped away. He’s still got some skills but it will take a lot of training to get back in game shape (the kind you can only get by using a beef carcass as a punching bag). For now he just positions himself next to the bowl of Doritos and repeatedly points out his championship ring to any passersby that come too close.

Wally Buono may the best in the business when it comes to building winning teams but you’ve got to admit that he’s got his work cut out for him this season. After maintaining a relatively stable roster for the past few years, the Lions are faced with replacing Cam Wake, Jamall Johnson, Rob Murphy, Kelly Bates, Stephan Logan, Jason Clermont, Otis Floyd and Tyrone Williams all at once. Now you can argue that a couple of those guys aren’t huge losses but the fact remains they have some big shoes to fill.

Defensively, I’m guessing they will remain fairly solid. Wake is a big loss but with guys like Hunt, Johnson, Banks, Glatt, Anton and Miles they are still a formidable opponent. Offensively, I’m assuming they can find a descent RB (if you can’t manage that you have no business being in football). That leaves QB as their main concern. Pierce is good but he’s as durable as a Roughrider’s fibula. If he plays 10 games it will be a miracle. That leaves Jarious Jackson… and the best thing I can say about him is that I consider him to be a slightly more intelligent Michael Bishop.

Verdict: They couldn’t manage better than 3rd place last year with Wake and Logan on the roster so I seriously doubt they can all of the sudden make it back to 1st without them. They still have a lot of talent and top notch coaching though so they will remain competitive.
3rd in the West at 10-8.
Posted by Rider Prophet at 4:00 PM