Thursday I had the chance to take the family down to check out Mark's Fan Week. I'll admit that my experience as a father taking his boy was very different that it would have been had I gone on my own but I think the CFL was able to deliver something that appealed to everyone from families to childless beer enthusiasts.

For families, there were a ton of kid-friendly, hands on activities, a flag football session and a chance to meet the players who their their eyes are second only in awesomeness to their father (i assume). For adults there was the Grey Cup, the command centre, a "you make the call challenge", beer gardens, and autographs. It was also a great chance for fans from across the league who may only know each other by their on-line monikers to get together. From my perspective it was everything that is great about the CFL (minus the actual football).

I enjoyed getting to play around with the actual command centre replay equipment. Though admittedly I spent a lot of my time trying to find the button that brought cartoons up in place of the replay angles, as that is the only logical explanation for some of the calls this past season. I also enjoyed seeing a truly CFL moment as Chad Owens and Henoc Mumaba we approach by fans for a photo in front of the Tim Hortons kiosk while clearly trying to quickly grab a bite to eat. They of course happily agreed. I can't see the same level of approachability existing in other sport leagues.

The other amazing thing is that a photo emerged showing that Chris Jones owns blue jeans. To me this was a shocking revelation. 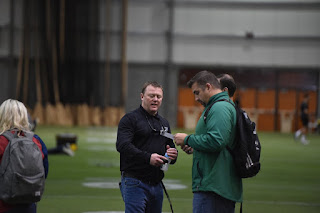 As much of a success as this event was (I mean the CFL got a ton pf press in mid-March, something that previously would have only occurred if it involved charges being laid or a franchise in danger of folding). I think there is a lot of room to build and expand on this event. Hopefully the becomes the first in a long line of these events. Its a great way to engage the fans the nurture that strong connection they have with the players that makes this league so special.

This week the CFL will invade Regina, for Mark's CFL Week. I'd just like to point out that by using the sponsor's name in both the title and opening line of this post I'm helping the Mark's brand reach 8 people who still read this blog... I'll assume my royalty cheque is in the mail.

This week long event is a surprisingly inspired idea from the CFL. Usually the CFL seems to go out of its way to be off the radar during the offseason. The only time it seems to be in the media is reluctantly when a player is charged with something, or when a well intentioned GM inadvertently breaks league rules for like the 8th time. But this week-long event will put the league on the map for all the right reasons. It is a tremendous opportunity to connect with the fans, generate excitement for the season and highlight an event that a few years ago most people didn't know existed, let alone care about (the combine). Hopefully it will become an annual event. Regina a is logical starting point because we will literally throw money at anything involving the Riders and a beer garden. I think it would also be a great success in places like Winnipeg, Ottawa, Hamilton, Edmonton and Calgary. Montreal could probably make it work if the event was held on St Catherine's St, at night (come for the bench press, stay for a lap dance).

Twenty year old me would likely have spent the entire week taking in the festivities (with a heavy emphasis on the beer gardens). Current me has these annoying things called "adult responsibilities" like work and children not to mention laws that prevent me from leaving said children in the care of my dog. Also, my transition to ornery old man is well on its way as I realize with each passing year I like interacting with people less and less (there's a reason I run a blog and not a call in show). So I likely won't make it to much of the festivities but I do plan on getting down there for at least bit. The week of football is a great cure for the offseason blues. Also, let's be honest given your sad attempts at pretending you knew anything about college basketball, your bracket is so busted that you are now back to ignoring the sport like you do the other 51 weeks of the year.

So let's show the CFL and the players and prospects here a good time. I expect you to all be on your best behaviour.  That means keep your pants on until at least 10pm; keeps your jeers to opposing  players and fans PG-13 and not personal; and for the love of god if you feel the need to whack the knee of a player with a blunt object make sure you wear a balaclava and a jersey from a non-Rider team. Also ensure the player is not retired or one of our players.
Posted by Rider Prophet at 6:00 AM No comments:

Monday Morning Sentimonies: Vince Young and the state of our QBs

Thursday what started as a misguided pipe dream became reality (the misguided part still applies). Vince Young officially signed with the Riders. It would appear that neither the pittance of a CFL salary nor our lousy Smarch weather could deter him. Young is here, Young is a Rider, Young will be competing for a QB spot in training camp. 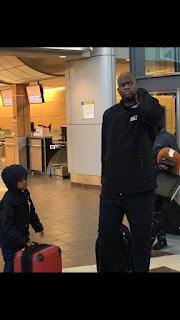 Regular readers will know that I am about as impressed with this turn of events as Young appears to be in the above picture upon arriving in Regina.

I get the "What's the harm?" view that many of you have adopted. It's a low risk deal with no upfront money and a lot of incentives (i.e. portions of the contract I expect never to be triggered). We lose nothing by bringing him. If he sucks, we move on. If by some alignment of about 11 simultaneous miracles he is awesome then we look like geniuses. So I will concede, yes the risk is minimal, the harm is next to nonexistent... But I still don't like it.

Now I could dwell on all the reasons Young is unlikely to succeed or all the reasons that I oppose this union. But by now you are probably sick of hearing me rant about this. So instead I will take a different path and discuss why this signing is just the latest thing that should cause us a fair bit of concern with respect to our QB situation.

I won't get into the whole Durant thing but as a starting point let's assume that if you are doing to turf your franchise QB you had better be pretty confident in your ability to find the next one. Problem is, nothing this team has done in regards to QBs instills any degree of confidence. What we have seen under this regime is a string of sub-par recruits and a pile of 3rd string QBs jettisoned by other teams.

Under the Recruits category we had Jacob Huesman who was here for so little time in camp that I barely had time to learn his name. We also had BJ Coleman who lasted a bit longer but accomplished about as much. Mid season we added Vad Lee. I'm not even sure his stay consisted of as many weeks as him name has syllables. The most notable recruit was sadly Phillip Sims, and not because of his play but rather because he looked like he may have ate some of his fellow QB competitors. Four recruits all clearly not up to snuff.

Then we get into the QBs that came from other teams. Early on we picked up Bryant Moniz and GJ Kinne off the Stampeder scrap heap. Moniz cost us a few possessions before mercifully being cut. Kinne looked awful in his lone appearance but is still here. Mitch Gale came from a trade with Toronto. In a change of events he wasn't embarrassingly awful. He was decent but I'm pretty sure we saw his ceiling. Could you win the odd game with him? Sure. Is he a guy to pin a franchise on? No. People are high on Brandon Bridge who we salvaged after Montreal cut him but I have literally seen nothing that leads me to believe he is a legit contender for starter. I have no problem with him in camp but I honestly don't see him coming close to contending for starter. As I've said before, if he weren't Canadian, I'm not sure anyone would care about him. Jake Waters came in a trade from Hamilton. He apparently had the most potential (though I find the Dave Dickenson comparison a bit over-selling him). We will never know as his career consisted of a broken collar bone and retiring to accept a coaching job. Lastly, this season we added former Bomber QB Bryan Bennett. Jury is still out on him.

So in over a year of trying to find the next QB, we have a bunch or terrible recruits and as a result had to turn to a bunch of guys we added from other teams, one of which was mediocre one of which may have possibly had potential. If any of that gives you confidence in our ability to find the next franchise QB, I hope you have a prescription for whatever induces those illusions. Vince Young may be the best QB recruit we've had in a long time but that is a really sad thing.

I staunchly maintain that Kevin Glenn is far and away the best QB on our roster and I fully expect him to out-duel any of the schlubs Jones has assembled to compete with him. My hope is that our mini-camp unearths just one solid recruit at QB to change this sad narrative.

Monday Morning Sentimonies: Most Likely To...

I spent a while trying to think of something to write about this morning. Admittedly its not like there is ever a shortage of Rider things to talk about. I mean, hell, in this province I could do an expose on the fast food preferences of team members and it may end up as front page news. But the problem is that most good stories at this point would require a fair bit of research... something I am decidedly too lazy to do at this point. The only thing topical seems to be discussions of Vince Young... and I'll be damned if I'm going to waste any space or time writing about someone who won't amount to jack in the CFL. Either he's not coming up here (my preferred option) or he's coming up here with a full media circus and will eventually flame out in training camp. Either way he's not worth discussing.

So what is a lazy blogger with a decidely anti-Vince Young bias to-do?

Well I went through the team photos and did a high school year book style "Most likely to" feature. What it lacks in depth and content it makes up for in mild forms of entertainment.

Most Likely to still get ID'ed: Dan Clark 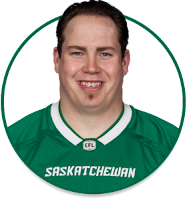 Most Likely to still be recovering from the night before: Tyler Crapigna 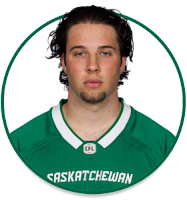 Most Likely to be mind humping the photographer: Greg Morris 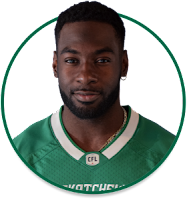 Most Likely to turn out to be a serial killer: Josh Bartel 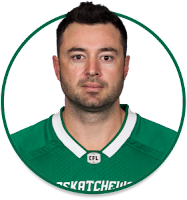 Most likely to have responded "I am smiling": Greg Jones 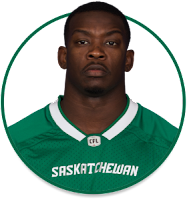 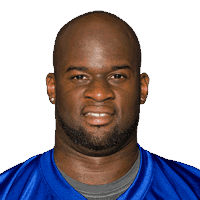