When it come to omens, your prize offseason acquisition getting arrested less than a month after joining your team certainly ranks among the more ominous ones. 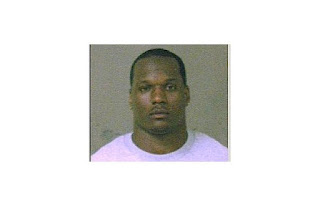 It appears that Odell Willis either over celebrated being shipped out of Winnipeg or tried to drink away the pain of being shipped to the lowly Riders… either way he was arrested on the weekend and charged with DUI in Atlanta. Evidently Mr. Willis never paid attention to this…
That catchy beat sure put me on the right path.
Anywho, Willis has a court date set for May 22. The Riders issued a public statement that pretty much says they have no statement… privately I bet their statement rhymed with duck.
For now it’s just a waiting game until May. This could end up being a minor inconvenience that is soon forgotten or it could end up being disastrous if legal issues or border issues render our star acquisition as useful as Stevie Wonder’s eyes. Regardless it’s not good. Just for one why can’t some other team have the legal issues to deal with? We’ve more than hard our share as a franchise!
What will be interesting to see is how the Riders’ Code of Conduct is applied in this case. I mean I know its innocent until proven guilty but DUI isn’t one of those charges that the cops investigate and charge a susect after the fact. If he got charged with it odds are pretty good he did something he shouldn’t have and even if he is able to play this season the Riders will need to do something. If Willis was a marginal or inkown player like Hakeem Hill that “something” would likely be a release. But since Willis is our prize high priced start acquisition I have a hard time believing they give him anymore than a stern taking to.
If Willis does make it to Regina he will now need a chauffeur and Media Consultant and PR Guy have recommended it be me. That would be like sitcom material right there. “Look Odell, for the last time!! I can’t drive you to swaggerville!! It doesn’t exist!!”
Posted by Rider Prophet at 11:24 PM

He has to be traded. The bar is pretty high as Tillman has already found out. Maybe we can get a fourth round draft pick for him.

Well that won't be happening. Taman bet big on Willis and he is now pot committed. For better or worse Willis is staying here... well assuming he can actually get back here :)

I will be curious to see how the Code of Conduct is spun by Taman in relation to this though.

They also haveDiablo III items accomplished some things that cause you to assume they're with drugs like making use of first rounded recommendations for the wants involving Rich Yalowsky (as their joint was photo before the draw up) as well as Buy RS GoldBrody McKnight (the kicker they didn’t even require and will certainly not see).