Since my first post dedicated to teams that mistakenly thought colours would improve their terrible team name, I have unearthed a few more that deserve my mockery.

I’m not an accredited zoologist, nor do I hold a degree in any of the environmental sciences. I'm just an enthusiastic young man with a 6th grade education and an abiding love for all of God's creatures. But I do know enough to call both Lincoln and Morehouse’s bluff here. Each school must have a significant supply of animal grade paint, or possibly mind altering drugs, because those are the only 2 possible explanations for a blue or maroon tiger.

Seems odd to me to name a sports team after something Man In The Bush recently contracted… but what do I know? 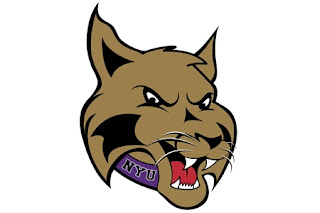 While we’ve established that adding a colour to a bad name doesn’t improve it, I’d like to point out that opting instead to just go with a colour on its own is also a bad idea. Especially when you choose such a wussy colour. I do love how well the mascot relates to the team name though.

…and if you thought just choosing a solitary colour for a team name was a bad idea, as Wisconsin Eau Claire demonstrates, combining 2 colours together to form a new word is an even worse idea. 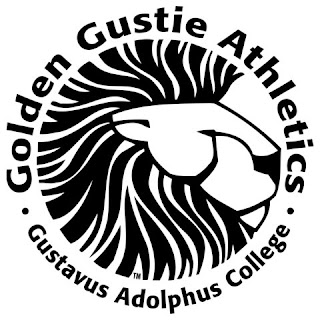 Now Gustavus Adolphus was known as the “Lion of the North” which explains the logo (you know except for the Golden Gusties having a black and white logo). But rather than do the logical thing and call themselves the Lions, the college for some reason decided to make up a word that closely resembles gusty, which describes the wind. Maybe the decision was based on the fact that GA College blows.