It was an eventful week with respect to Rider news this week. Even someone with initiative and effort (which I clearly am not) would have trouble keeping on top of it all. To summarize we inducted 2 greats into the plaza, signed some guys, cut some guys, signed most of our draft picks, announced that we need to build a Scrooge McDuck style vault to hold all the money we made last season 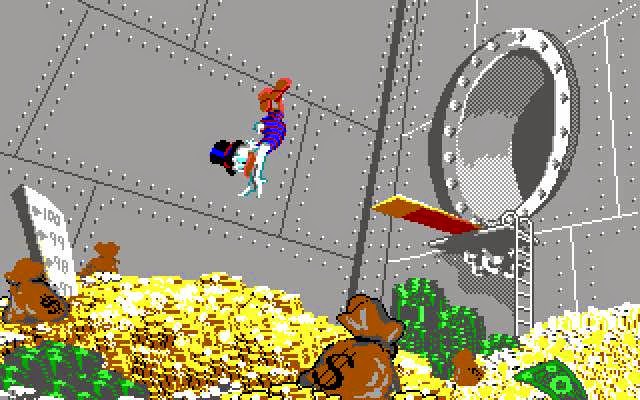 and oh yeah there is the ongoing drama of the contract negotiations that threaten the start of the season. Who said the offseason was boring?

I'll start with the Plaza inductions. No question both Chris Szarka and Omar Morgan are deserving inductees. Their induction got me thinking about my memories of each player.

For Szarka, there was the whole Canuck Truck thing all his TDS. Being the kind of guy I am I also remember the table saw incident where he missed games due to cutting his thumb. I fondly remember his campaign for city council in 2010 which consisted entirely of scoring a lot of TDs (it worked like a charm). The one play that I will never forget though was a home game against the Als in the '04-'05 ish range (I can barely remember what I did yesterday let alone 10 years ago). But it was in the era when Montreal had an intimidating blitz heavy defense. On this play they blitzed hard as usual but the ball got tossed just over the blitz to Szarka. Balgonie was closer to Szarka when he caught that ball than the Als were and he looked as shocked as the rest of us but started trucking down the field for like 60 yards (remember he is a fullback so this took some time). He almost got caught but Matt Dominguez came in and decleated the would be tackler allowing Szarka to complete his rumble to the endzone.

As for Morgan, long time readers will know that we had a somewhat complicated relationship. He spent 2 seasons ('08 and '10) prominently featured on my hatred list for his 10 yard cushion coverage on every play... every freakin' play! But aside from those 2 seasons, he was a consistent performer, an all-star and a game breaker. He is one guy that I was sad never got a Grey Cup ring because he really deserved one for how well he played for us for so long. Hands down the one Morgan moment that I will never forget is the game winning blocked field goal against Hayden Epstein and the Eskimos. That is in my top 10 moments at Taylor Field ever.

Next I'll comment on the looming possibility of a players strike. The current Collective Bargaining Agreement has expired and the sides are not close to a new deal, nor are they speaking at this point. Things looked promising after a solid day's bargaining on Wednesday but talks broke off Thursday pretty much deflating that hope. Due to complicated union laws that differ from province to province, the players are at least 3-5 days away from being able to collectively walk off the job (this of course is a non-issue in Winnipeg as they wouldn't really notice a difference or drop in quality of play). This means that rookie camps will likely go ahead and training camps will start (for at least a day or 2). After that all bets are off. My guess is that the players won't strike right away because the threat of saving it and possibly disrupting a preseason game is far greater than disrupting training camp (which is not a money maker for the league). Either way football fans like you and me won't be happy until this is settled.

The good news is that the sides are actually not that far apart. The CFL is offering a cap of $5M with small yearly increases, players want $5.8M with larger increases. Players want a fixed cap for 2 years and owners are offering 3. Owners say they'll re-look at the cap if revenues grow by $27M, players say $12M. So the overall framework and principles for a deal are taking shape just gotta fight over the specific numbers now. I just hope that both sides aren't stupid enough to jeopardize any part of the season over it. Any potential gains either side stands to earn by standing their ground disappear in a blink if games end up being cancelled. I say just lock Cohon and Flory in a room with a 40 of booze and don't let them out until a deal is done. There will be some yelling, some fighting, some crying but eventually they'll sort it out.

The season is so damn close... don't screw this up on us CFL/CFLPA. Lord help me if my sporting options are reduced to baseball and soccer.
Posted by Rider Prophet at 6:00 AM