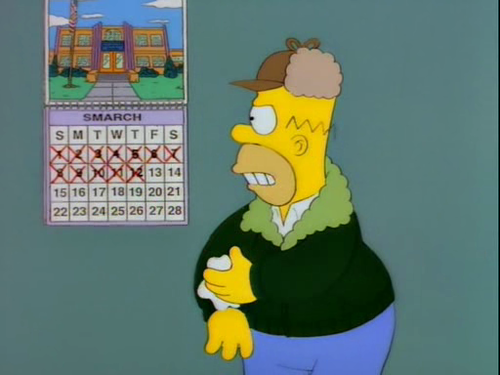 Spring has officially started, Regional combines are getting underway this week, it should be happy time... or at least happier. But between the snow, the lack of real football and your failed attempts to gamble on a sport you know nothing about, its pretty depressing before considering that today has the added joy of being a Monday.

- Macho Harris has signed an extension. Macho has been a curious case to watch over his years here. When he showed up here in 2012 his talent just jumped right out at you. The only problem is that he was hurt... all the time. I was even wondering if they would bring him back for 2014. But they gave him one more shot and it paid off. He lasted a full season by some miracle... perhaps his power is derived from his hair? What was also curious about watching him develop was early this season. He was easily one of the best cover guys to there... but had a complete inability to do anything useful when the ball arrived. He shadow the receiver perfectly only to fall down or take a penalty when the ball arrived. He seemed to get past that thankfully. Macho is a very versatile. I would be comfortable starting him at HB, CB or LB.

- Speaking of DB's former Rider Chris McKenzie announced his retirement last week. If you want a stark reminder of how short a football career can be just look at McKenzie. He showed up here in training camp in 2009 after a bit of time in the NFL and Arena League. From day one of camp you could tell he was making this team. By 2010 he had firmly taken over a starting HB role and I considered him one of our better DBs. There was too much other awfulness to worry about in 2011 so I honestly can't remember if he had a good year or not. 2012 was not a great year for him and it ended with him blowing coverage on Romby Bryant in the WSF (yes he was the one who screwed up, not Maze) and that was his last pro football play. Four years and that's all she wrote.

- In non-football related musings, my Wichita St Shockers are still alive in March Madness. That won't make a difference in my bracket pool chances but I'm settling for moral victories here.