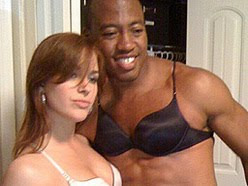 By now I’m sure you have all seem this photo or one of the other similar ones of Henry Burris posing in a bra. The photos have been making their rounds behind the scenes for a number of weeks but they were finally thrust into the public spotlight this week.

There is a clear split in how people are reacting to the photos. Some people are trying to make a big deal out of it while others (namely Burris) are blaming Rider fans for trying to make something out of nothing.

Personally I don’t think it’s a huge deal. Who among us has not had an embarrassing photo taken of them? But what I find way more entertaining than the pictures themselves is Burris’ response. Pretty much every embarrassing photo has the same explanation: I was drunk. Had Burris just come out and said that he got super blitzed because he had had 3 sips of a wine cooler and next thing he knew he was being photographed in a bra the story would likely have just gone away. However, Burris’ actual explanation is that is was a “harmless birthday prank” that his wife knows about and that its Rider fans fault for try to stir up controversy.

So it our fault that Burris was stupid enough to a) put on a bra and b) get his picture taken while wearing it? This is the information age and you have to assume as a celebrity that any photo or video of you will likely be made public (this is why I will never ever be able to run for public office). Blaming us for the pictures is like Germany saying it was Poland’s fault they invaded them since there were conveniently located so close.

It’s A Non-Issue Because His Wife Knew About It

Bullshit!! If my fiancée saw a picture of me without my shirt on with a young lady who also didn’t have her shirt on, it would be an issue alright. In fact she’d likely murder me… or dole a punishment so severe that it would make Lorena Bobbitt look merciful by comparison. I can’t imagine too many women being okay with those kind of photos, especially when the excuse is a “birthday prank”.

What the hell kind of people celebrate a birthday by taking their close off and swapping underwear?!? I could maybe see that at a keys party but not a birthday party. I’d hate to see their version of Pin the Tail on the Donkey. Further more how do you “trick” someone into to taking their shift off and putting on a bra? Did Henry think they were just putting the party hats in the wrong place? I’m not sure it can even be called a prank when a guy willingly takes his shirt off, puts a bra on and smiles for an entire roll of film.

Based on the facts available there are only 3 explanations I can come up with for this whole fiasco.

2 - The Burris’ are swingers

I won’t speculate on which one is correct. As I said I could care less about the photos, I’m just entertained by Burris’ lame attempt to explain them.

This isn’t the first time that controversial pictures of Burris have surfaced. Back in 2007, in a Rider Prophet exclusive, the following photo of Burris was uncovered… and I personally think that what he is doing in this picture far worse than the bra ones. 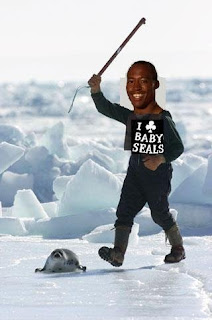 Posted by Rider Prophet at 5:38 PM