HOW THE CHANGING LANDSCAPE OF THE XFL MIGHT IMPACT THE CFL 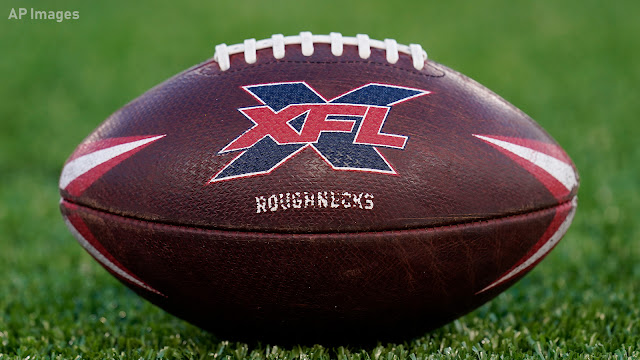 The recent news that former Calgary Stampeders man Dwyane "The Rock" Johnson is part of the group that has splashed $15m to take the busted flush that was the XFL from Vince McMahon's company Alpha Entertainment has raised a few eyebrows.

Here we look at the deal that's taken place and how it could impact the CFL.

What's the deal with the new owners?

Any purchase of the XFL would have hit the headlines but the fact it comes with such a big-name heading thing up has instantly raised awareness of the league. Johnson isn't in it alone though. Also, in the group are Dany Garcia, who was married to Johnson for a decade prior their separation back in 2007 and RedBird Capital, which is a company owned by Gerry Cardinale - a former partner in Goldman Sachs.

Johnson and Garcia have entered the business world together already in the shape of Seven Bucks Productions who have been responsible for movies such as the remakes of Jumanji and Shazam!

The duo has cited their "passion" and "expertise" in the "sports and entertainment" sector as reasons they'll be a success whilst RedBird Capital have their fingers firmly in the sporting pie already.

In spite of the lifeline offered by Johnson and co, there are still some gaping holes that need to be addressed before we truly understand what a new look XFL will look like. When XFL made it's comeback it did so with some subtle differences to both the NFL and CFL. Like the NFL, the XFL works on 22 players being on the field - a smaller one - at any one time with the play clock greatly shorter at just 25 seconds.

The second nagging thought is around salary because, let's face it, money talks. That also prompts the question of whether or not the number of teams will increase. At the moment, there are significantly fewer game weeks in the XFL compared to north of the border where there are 21 game weeks. That’s nine more than the maximum of 12 in the XFL.

This, of course, means the earnings are averaged at a preferential amount per game. The average salary in the CFL sits somewhere around the $65k CAD mark, which puts it on par with the lower end of the XFL structure. The XFL works based on a tiering system, the bottom end being between $50-70k USD. That doesn't immediately sound like too much of a problem but the upper tier allows salaries up to near on $800k CAD, which will turn a few heads.

Whether the new guys in town tweak any of those rules remains to be seen.

The realistic impact on the CFL

The initial reaction to the announcement has been fairly muted on the CFL front. That said, there have been a few come and get me pleas from players such as one time XFL player and now Ottawa Redblacks wide receiver Jalen Saunders suggested that the CFL needs to “stop lackin” whilst Chris Frey of the Hamilton Tiger-Cats fears a “ton of talent” could turn it’s back on the CFL.

You can understand their concern given the current coronavirus cloud looming over the CFL combined with the salaries possibly available in the XFL and the buzz that the new ownership will generate.

Many sports leagues were left on hold or postponed, such as the Kentucky Derby and that caused quite an economic impact.

Click here to know how the current odds on the Derby are, happening in September.

There is cause for optimism though because there is one thing that people universally don’t like, particularly where paychecks are concerned. That’s uncertainty. The XFL brings that in abundance.

Even so, the odds are that there are bound to be a few CFL players who jump ship and the players who emerge from the college system but miss out on the NFL will now have multiple options close to home, which could further dilute the talent pool in Canada. The reverse of this though, which cannot be completely ignored, is that the CFL rule makers increase the salary cap. If that was to occur, then there is an argument to say that the overall quality of the CFL could increase.

And how will the Roughriders be impacted?

Even in a world that sees the XFL take a fair share of CFL talent, I’d fully expect the Roughriders to come out the other side smiling. Could some of our players leave? Sure, they could.

Could our college targets opt for the XFL? Indeed. The same is true for every other team in the CFL too though and with pull of Saskatchewan a big one in Canada there is no reason why the roster compared to the rest of the league shouldn’t be in a stronger position than it is now.