Monday Morning Sentimonies: A Blast From The Past

The only thing really going on in the football world is we are awaiting the NFL draft... where all of the top college football players eagerly wait to see what team they won't get to play for this upcoming season. As a result, I have no football related sentimonies. (I'm sure your all shocked).

What I do have for you though is something I found at my Grandpa's while visiting over Easter. Like many kids I had a subscription to Disney Adventures Magazine. I happened to stumble across an old issue of that magazine that was kicking around the house. Normally I wouldn't have given it a second glance but this particular cover caught my eye.  Here's the cover: 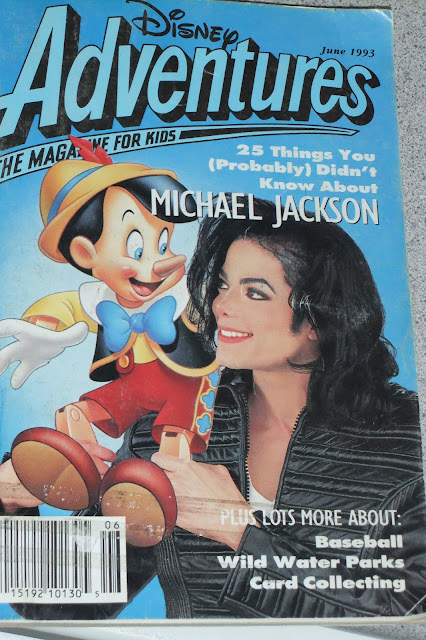 It's amazing how something that wasn't given a second thought at the time now seems so ominously wrong and creepy. For those of you that are curious #8 on the list is that Michael Jackson is very ticklish. Poor Pinocchio never knew what he was getting himself into... the first clue things were going wrong should have been Jackson's overt encouraging of him to lie.
Posted by Rider Prophet at 8:45 PM