When the CFL announced last year that it would be celebrating its heritage, most people thought that it was great idea. Our league is rich with history and honouring those players, coaches and teams that laid the foundation for the League as we know it today could only be a positive.

Last season the League honoured the 1960s and as part of the celebrations each team came out with retro jerseys. For the most part the jerseys were well received. Well this season the League is continuing to honour the past. This time around it’s the 70s that we will be paying tribute to. As part of the celebrations each team will be releasing new 70s retro jerseys.

I know you might be saying to yourself “Enough is enough already, each team already has 3-4 jerseys and besides how much can you really change on a football jersey anyway?” Well rest assured the good people at the CFL and Reebok have been working extra hard to ensure that this new line of 70s jerseys do not disappoint.

Why just take a look at the Stamps 70s jersey… 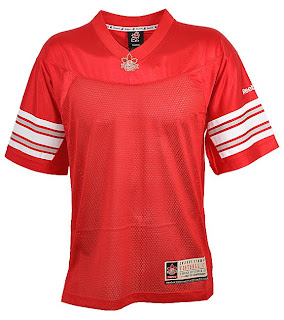 Note how dramatically different and creative it is compared to last years 60s jersey. 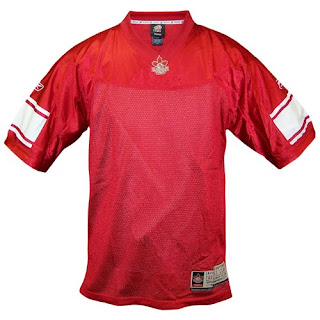 Or how about the Ti-Cats 70s jerseys… 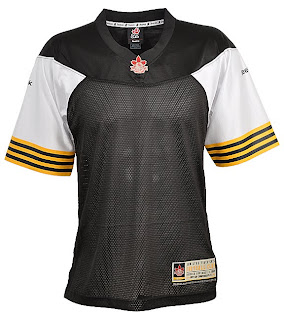 Which is clearly nothing like the 60s jersey that preceded it. 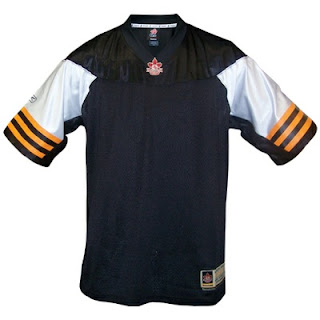 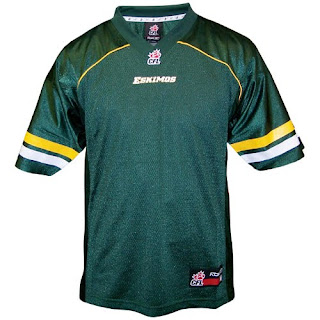 The 70s jerseys will make you think that you are watching a completely different team. (The team will probably still play like crap but they will look different while doing so). 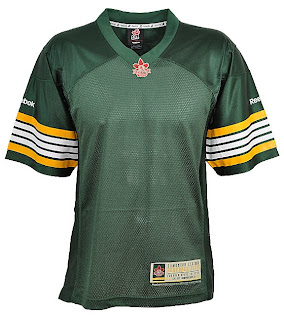 The good folks at Reebok and the CFL clearly saved their best creative juices for Toronto. Just seeing this jersey tells me even in my wildest dreams I could never be creative or hard working enough to make it in the jersey design world. The Lions, Als and Riders have yet to unveil their 70s jerseys but I have no doubt they will be up to the same high standard they have established with the other teams.

Posted by Rider Prophet at 5:25 PM

Love the sarcasm...at least I hope it was sarcasm, haha. Aren't these jerseys supposed to represent their respective decades though? You can't change history...

I also have a fantasy question for you!

Who wins this trade? Arland Bruce and Wes Cates for Fred Stamps and Arkee Whitlock?

Despite a slow start, Bruce is far better than Stamps. He is the go to guy in Hamilton while Stamps is the 2nd guy in Edmonton. If your league gives points per reception then Bruce is even more valuable.

Whitlock and Cates is a saw off at this point. I think Whitlock will be a steady 100 yds and 1 TD per game type workhorse while Cates' production will likely fluctuate between high and low.

Since Bruce is the better receiver and Cates plays on the higher scoring offense, I would say that Bruce/Cates wins.

You've got a team that's suspicious in its absence: what do you think of the Bombers 70s jersey? (Aside from your well-documented distaste for the Bombers in general.) To me (who is an unabashed Bombers fan) it looks very sharp, very much like the old jerseys, and very different from the awful 60s jerseys of last year, and the great 50s jerseys of two years ago.

You're right I did leave the Bombers' 70s jersey off the list. That's because unlike the other jerseys it was actually very well done. It's the best one of the bunch that's for sure.

Now that I've agreed with a Bomber fan I think I will have to take a shower because I feel very dirty :)

I would like to exchange links with your site www.blogger.com
Is this possible?