The Results Are In…

Well the First Round voting for the Canadian Blog Awards is now complete. Unfortunately, the Rider Prophet did not make it in to the final round of voting. With awards, it’s all politics these days. Who you know, who owes you a favour, who you’ve slept with (though given that we’re talking about blog awards I doubt this last point played in to it since most of the other nominees probably haven’t slept with anyone at all let alone anyone important). The point is it’s not about the blogging anymore.

While it would have been nice to win, just being a nominee is quite an honour. An honour other notable Rider bloggers such as Vanstone and Heroux did not receive I might add.

I may not have won an award this year but I did receive a lovely parting gift. That I will display with pride. 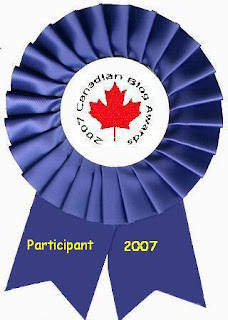 Posted by Rider Prophet at 1:36 PM