Everything has fallen into place perfectly since last Monday for football starved fans on the prairies. The league voted to proceed with the season, a 14 game schedule was released and Saskatchewan announced that as of July 11 there are no more restrictions. It’s the real world equivalent of the “Do What You Feel Festival” replacing the less popular “Do As We Say Festival” 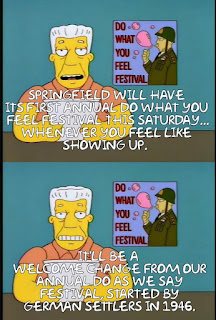 So August 6th is circled on the calendar. That’s when Rider football returns. Gonna have to dust off my robe, freshen up my beard and prime up my liver. Mosaic will be rocking. I expect this to be the loudest that new Mosaic will ever be in its short history. The 2 loudest games I can remember at Taylor field were the home playoff game in 2007 and the Grey Cup in 2013. Both involved a bit of pent up emotion. You could say that after a year plus of being locked down, there is just a pit of pent up emotion ready to be blown off. In fact I dare not repeat some of the things that people would say they would blow over these past 16 months just to get football back.

It’ll be weird, I won’t lie. I’m looking as forward to this as anyone but after systematically avoiding people for over a year it won’t be easy to just turn around and literally embrace the unwashed masses at Mosaic stadium (present company included).

Here are a list of things I expect come that first game day:

·        Awkward moments where you instinctively go to high 5 a neighbour but you both pause part way into it not quite sure whether that’s ok anymore.

·        A, not even subtle, “we desperately need to make money again” surcharge on beer and food

·        Prophet yelling “Get Off the field Wally” despite Buono being long retired.

·        The stands to literally be shaking when Bring Em Out hits

Buckle up Saskatchewan, you have a little over a month to warm up your vocal chords, get your liver ready and hone your melon carving skills. It’s game time!

Looking forward to it. I kinda hope/expect it will be that way in the other Western cities hosting games. Winnipeg should be loud & Alberta looks to be opened up pretty quick. Elks, with a lot of buzz there, could get 35-40,000 & still have social distancing to some degree. Apparently they expect to be near $1MM in merchandise sales by then according to a local scribe. It would be nice to get a league wide buzz in the CFL & give the guys at the top a good reason to keep the game, with all its quirks, mostly the same. Fingers crossed. I'm beyond excited.

What if we upgrade the Wally chant to reflect the present day: "Stay 2 meters away Wally!"

I see Geter & Schram were transferred to retired list. Wonder how many more CFL players retire? I suspect there will be at least double digit retirements still to come.