It was pretty much a certainty but it was still nice to officially hear that Durant and the Riders had agreed to a multi-year extension. In an offseason where the Riders were handing out extensions to everyone (still waiting on mine of course) Durant was next up in the priority list.

Outside of the obvious fact that its nice to have your franchise QB locked up long term, there's a lot to like about this deal... even though the details of it appear to be a more closely guarded secret than the Colonel's secret recipe. Seriously, what kind of ridiculous clauses are in there that they couldn't at least tell us it runs through 2016 (as is widely assumed)? Hooker clauses? Animal sacrifice clauses? The biggest thing is the fact that Durant is not the highest paid player in the CFL. He's probably up there but we didn't have to hand him a blank cheque. This tells me that Durant is smart enough to know that its worth taking a bit less money to ensure the team can afford to surround him with quality players, particularly along the OL where Heenan, Fulton and Best are all headed into the final year of their deal. We were prepared to make the top paid player but both sides were able to come to a deal that will be better for everyone. Remember when Edmonton was paying Ricky Ray crazy money but couldn't afford to field a peewee quality team around him? From what I can deduce Durant is somewhere between $425-475K which is a price that both fairly compensates Durant as one of the best players in the game and doesn't handicap the team, allowing them to give him the tools he needs to remain successful.

No doubt the fact that Corey Chamblin just signed a long term extension was a big factor in Durant's desire to extend. For a guy that has been through 5 head coaches and 7 offensive coordinators in his time in green and white, you can bet the prospect of stability (especially with a coach he trusts and believes in) was enticing.

This extension led to lots of talk about how will Durant compare with the great QBs, particularly the Riders ones... all 2 of them. While I don't think he will ever be as legendary as Lancaster, he is only 1 more Grey Cup win away from being the most successful Rider QB ever. Lancaster went 1 for 5 in Grey Cup appearances and Durant is already 1 for 3. I truly believe Durant will deliver at least one more Cup in his tenure, the guy is just a winner and still has a strong coaching staff and team around him.

Consider this... Durant is 31 and has already enjoyed a ton of success. After the age of 31 Anthony Calvillo appeared in 5 more Grey Cups, won 2 of them (the rat bastard!), was a 5 time league all-star and 2 time MOP. I don't think Durant will challenge Calvillo's records but I do think Durant is in the prime of his career and has a ton of success yet to come in his future much like Calvillo did in his 30s. Just watch Durant's progression from 2011 to last season. He has matured a great deal as a QB and much like his head coach still has room to grow.

Honestly ask yourself, if you could pick any QB in the CFL right now to be your starter who would it be? Hard to argue that Durant doesn't top that list. And for a franchise that has had to endure a string of QBs so bad that even the stiffest alcohol couldn't make look good, its a great feeling knowing that we have one of the league's best players... and will for a long time. 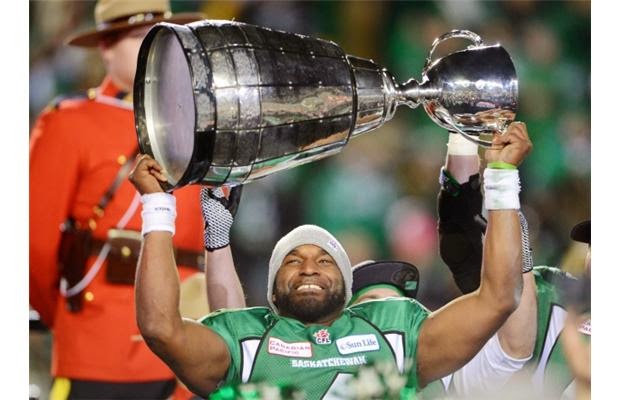